The customer is a Managed Service Provider with operations across Europe, main hubs being Oslo, Stockholm, and Amsterdam.

The OS & Middleware (OSM) team is responsible for the tooling and automation needed for managing the fleet of server operating systems running on servers.

One of the essential systems in the OSM portfolio is MS Endpoint Configuration Manager (also known as System Center Configuration Manager, which leads to using "SCCM" as the short name for this system). In our context, SCCM is used for patching of Windows servers, as well as distribution of software packages and server configuration in general. We have several instances of SCCM in production (for different environments), connected to a total of thousands of managed Windows servers.

Being an essential part of the customers operational infrastructure, SCCM is integrated with other management systems, including "Primo" (the centralized, overarching the customers orchestration tool). On the OSM/Windows side of the integration interfaces, we maintain a significant PowerShell code base.

For a period of time, the customer would like to engage with a consultant to get expanded operational bandwidth and access to expertise/competence related to SCCM. More specifically, the needs are related to:

Based on the above, a high level of competency on – and experience with – the following areas is needed, preferably from a large-scale enterprise- or service provider setting: 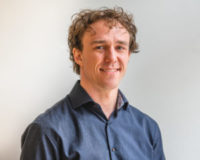